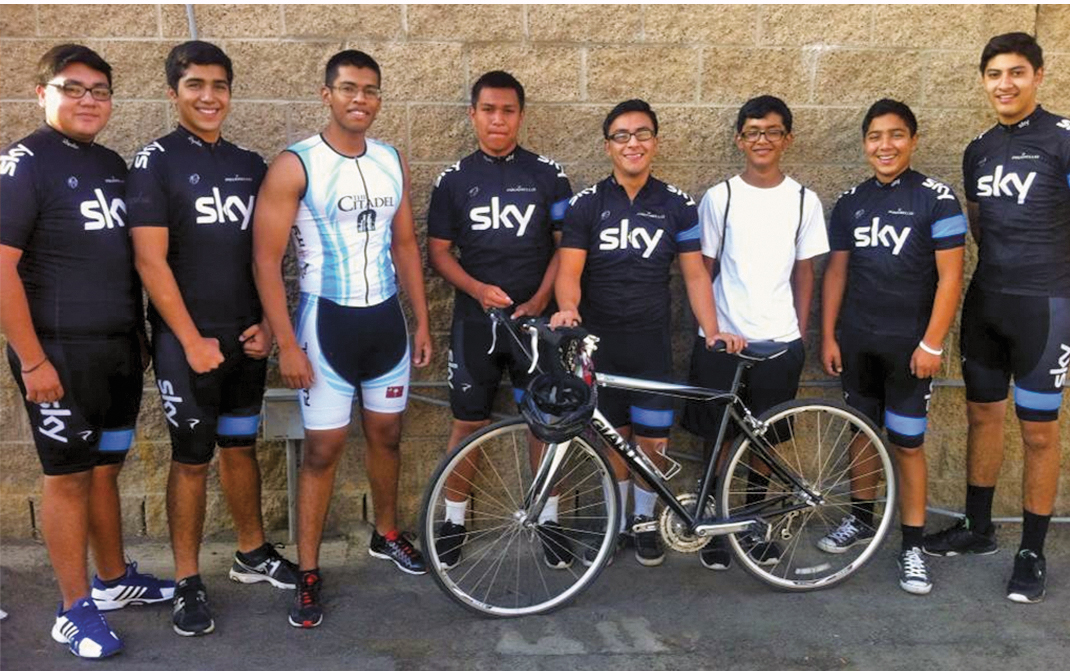 Thanks to donations from City of Anaheim Employee Giving program to the Anaheim Community Foundation (ACF),  the Project S.A.Y. Cycling Program received funding through ACF.

“As I look ahead and plan for this coming summer, I can’t help but reflect back on an opportunity I had last year that created an indelible memory, and an ongoing opportunity for me to help lead younger people who share a passion for cycling.

I volunteered with a city sponsored youth development program called Project S.A.Y. (Support Anaheim’s Youth). The group was rejuvenating the youth cycling program and I had the opportunity to lead them in their workouts. After all, I knew very well what it was all about after being in the same program throughout my high school career at Anaheim.

My time as a participant-student with Project S.A.Y. inspired me to begin competing in triathlons and I eventually became captain of The Citadel Multi-sport Team, which also helped me in my quest to inspire the Project S.A.Y. students I was coaching. These middle and high school students rode an average of 25 miles twice a week during a three month period. There were 12 students on the team.

As I worked to lead them, I tried to teach them about cycling safety, equipment maintenance and nutrition. I also shared strategies about how to effectively pace themselves while cycling in preparation for an upcoming marathon. In addition to cycling, we played games of basketball on the city’s basketball courts after morning rides.

I stay in touch with the Project S.A.Y. team and have visited them during several furloughs when I went back home to Anaheim. I hope to have the honor of cycling with them and helping them with college preparations. I am grateful to be able to help lead these students, and I am especially grateful for what I learn from them each time we connect.”

The Project S.A.Y. Cycling Team is just one example of the many free programs that are available to Anaheim youth in middle school and high school. Although the cycling program is full at this time, many other activities are available. Call 714-765-5246 for more information!